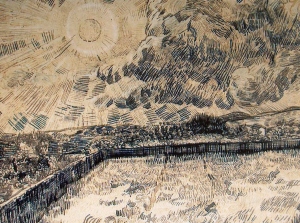 Hypatia Bradlough Bonner’s Christian Hell from the 1st to the 20th Century was originally published in 1913—and it still packs a punch. What the author has done is to simply quote, sometimes at length, and then discuss, what prominent Christians have said about hell throughout the centuries.

The effect of this exercise is to bring home, in a way difficult to avoid, the absurd and inhumane nature of hell belief, and to wonder how it has been able to capture the imagination of so many for so long. An aspect of the book that I especially like is when the author turns to quotes from hymnals and literature (such as Shakespeare and Milton) to explore how hell is described in such texts.

Lastly, the book’s exquisite Victorian stylistic control, accompanied by a rakish irony and humor, makes it a pleasure to read. In places, the author reminded me of Mark Twain when he is at his most caustic toward religion. In a time of revived fundamentalism, this book is a refreshing and sane pushback against it.

The author died in 1935. She was the daughter of the free thinker, Charles Bradlaugh, and an active feminist. According to the Encyclopedia of Unbelief (Prometheus Books 2007, p. 149), Hypatia Bonner was

—a book that I’ve been unable to locate.