“Nothing Staged Can Stay” (A Poem by Santi Tafarella) 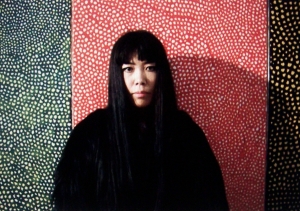 before the night’s glittering

the Father of dung

What was I trying to do with this tiny poem?

For one thing, I was trying to think about the things that we push away.

We tend to think of the activity of the night sky as something beautiful to be meditated upon—a theatre of contemplation—while perhaps tending to push out of consciousness nature’s grosser aspects—such as a dung beatle moving a ball of shit over the night ground.

But the moon, as the night’s stage actor (performing for us before the glittering curtain of the night sky) is also on the move, and heading for its exit (as are we all).

So I was trying to poetically say carpe diem (seize the day)—and make good use of your brief time on the stage of life.

And I was also trying to say something about the sublime monstrosity of existence—its fearsome movement toward death—and that both beautiful and ugly things come from the same source.

I was thinking, in short, of Job 41, in which God tells Job not to think of Him as just the nice guy who made the pretty things of existence.

He also made the scary things (like the monsters Leviathan and Behemoth).

In my reading of that chapter, God was suggesting to Job that he should reflect on what the existence of monsters and ugly things means to his understanding of God.

In short, the Father of dung beatles also moves the moon—and vice versa.

And, of course, the pale dead moon can also be seen as pocked and gray and ugly—and so recall a dung ball. And imagining God as a giant invisible dung beatle in the sky seemed interesting.

Anyway, I was trying to evoke all these things at once, and with a haiku-like conciseness.