Let My People Go? Why Barack Obama and Liberals (Like Me) Would Do Well to Read Exodus Before the Next Election

If you’re a liberal like me you probably scratched your head after the Massachusetts Senate election this week and asked yourself:

How did Democrats lose so dramatically in the most liberal state in the country? And what does it mean for liberals in 2010 and Obama in 2012?

After thinking about it a bit this week, here’s my answer: It means we’re toast.

Because we’re caught in the Book of Exodus. I don’t mean literally. I mean metaphorically. We’re toast for exactly the same reason that the Pharoah was toast: we’re not letting a large segment of the population, in its cultural uniqueness and autonomy, alone. And as God, through Moses, told Pharoah (Exodus 8:2):

If thou refuse to let them go, I will smite thy borders with frogs.

Rush Limbaugh, Glenn Beck, Fox News, Sarah Palin, Michelle Bachmann, the tea-partiers: they’re the frogs—they’re the symbols of judgment on the way we are practicing our liberalism. They’re croaking very loud on behalf of their people. And they aren’t going away.

Throughout its history, America has had this contending Exodus subtext at work:

But now that Barack Obama, the liberal America’s Joshua to Martin Luther King’s Moses, has symbolically conquered Canaan, he suddenly finds himself in the very ironic position of being the new Pharoah—the lightening rod that energizes the American conservative fantasy of a new Exodus. Suddenly, white conservatives see themselves as under the yoke of Big Government, and Big Government means to take away from them their money, their way of life, their dignity, and their independence.

I’m not sure what a liberalism that does this might look like, exactly. Conservatives seem to be on a hair-trigger over things that most liberals regard as ridiculously benign public policy proposals (think, for example, of the conservative freak-out over old-style hot lightbulbs being phased out for energy efficient compact flourescent lightbulbs). But one thing, I think, is certain. If we (and I mean liberals) don’t figure out a way to govern in such a way that we either get on the right side of the Exodus narrative again—or make conservatives feel that we have no intention of disrupting their lives—then we will find our political chariots at the bottom of an electoral Red Sea in 2010 (and maybe 2012 as well). Cultural autonomy, however irrational from the vantage of outsiders, is a form of human freedom that it is not wise to mess with. Ask Pharoah. 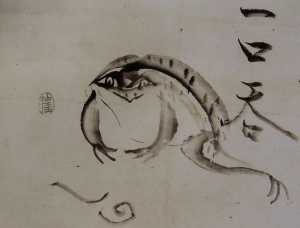 I talked to a friend last night about the conservative reaction to Obama’s first year in office, and shared my Exodus theory with him, and he suggested the Neil Young song below. At some point, American conservatives will come to terms with the 21st century in a less hysterical—and more psychologically integrated—fashion, but a lot of them ain’t there yet. And they vote.

My friend also noted that the lyrics of “Sweet Home Alabama” contain a dissing response to Neil Young’s song. That’s something that I hadn’t registered before. And I think that this is exactly where we’re at politically: on a cultural fault line.

16 Responses to Let My People Go? Why Barack Obama and Liberals (Like Me) Would Do Well to Read Exodus Before the Next Election