Did Saint Francis Discover Evolution Before Darwin? Did Jesus (in the Parable of the Sower)? 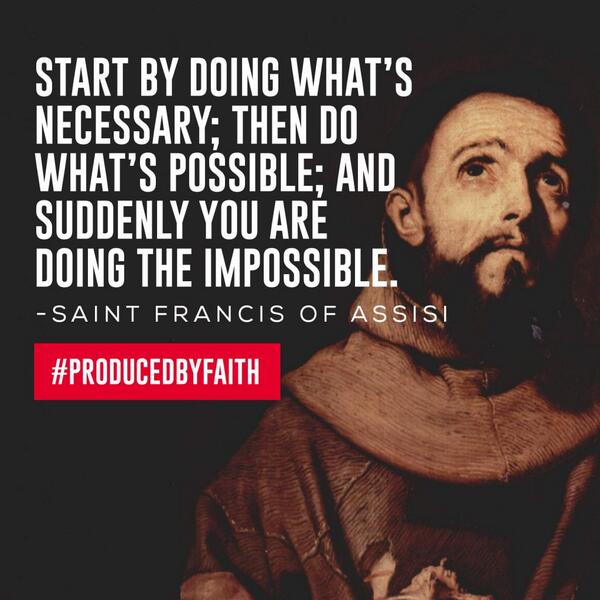 The following saying has been attributed to Saint Francis:

Start by doing what’s necessary; then do what’s possible; and suddenly you are doing the impossible.

I’m reasonably confident it’s not remotely close to anything that Francis actually said–it’s obviously motivational dreck attached to Francis’s name–so, no, Francis probably didn’t land upon the secret of how evolution works before Darwin.

But what strikes me in the above quote is just how crisply it captures, quite unintentionally, Darwin’s insight surrounding evolution by natural selection.

So, in a sense, if Francis ever said anything like the above, he stumbled upon the whole evolutionary shebang before it “shebanged” in 1859 (with the publication of The Origin of Species), for life is, indeed, the cosmos’s way of exploring what is beyond necessity; that is, the contingent, the possible.

Put another way, a rock cannot be other than a rock and water cannot but flow downhill, but a living thing is “a river that flows uphill”; a local defier of entropy; a Columbus to the unmapped territory of possibility that runs contrary to whatever it is that entropy as a whole happens to be doing (gravitationally collapsing fuel-exhausted stars; dropping from melting glaciers great chunks of ice into dark seas, etc.).

Life is Promethean. It steals fire from the god of entropy, harnessing it to do work to its own purposes–and those purposes are to explore and exploit the possible. Life is Captain Kirk boldly going “where no man has gone before.”

Put yet another way, life is a search engine–a genetically programmed search engine–for finding successful niches for thriving in contingent spaces–the spaces that don’t have to be, but that history, if the direction is tried, might permit.

No living thing has to be. As such, life is an adventure. Life is a chance. To use Emily Dickinson’s language from another context, it “dwells in possibility”; it is what the cosmos uses to explore realms of possibility; realms of contingent time.

And the winners of the chance-taking sweepstakes reproduce themselves. Therefore each living thing is a missionary to the ends of the Earth–the outer reaches of the possible–and, if successful in its mission, leaves offspring to continue the work. And each offspring varies from its parents at least a little bit, and so has a slightly different strategy for its own navigation through the realm of possibility.

So having different survival strategies in the mix is the key to life’s success. Some strategies can be cautious and others daring. Most forms of life prove too timid and conservative, and die rather quickly, never reproducing themselves. Others are big risk takers, and many of those also fail. So, depending on the environment that an organism finds itself in, it strives to find the Goldilocks survival strategy that is neither overcautious nor insufficiently cautious, but just right–adaptive.

Thus some–a very few–are good seed that land in good soil (and here Jesus’s “Parable of the Sower” enters the mix). That good soil is the kingdom of evolutionary heaven; the outer reaches of the possible. Those that land in that good soil and successfully reproduce their genetic (or memetic) messages, converting matter into their form of energy, win.

Thus does each living thing have its own and unique “Great Commission”–that message by which the entropy around it–the way things go of themselves–is temporarily conquered. Some succeed in fulfilling their commissions, leaving offspring. And through slight variations in their offspring, still more territory, by trial and error, gets explored.

This is how “impossible” things happen, by trying things. It’s how complexity emerges. “You can’t win if you don’t play.” What began as an exploration of the nearby becomes, with time, a pushing of life into the far reaches of possibility; into realms that would have seemed, from earlier vantages, impossible. This is how novel life forms emerge “from so simple a beginning” (Darwin’s famous phrase).

So behold, the sower went out to sow some seed. That would be Francis of Assisi in his garden, preaching to his birds. Or God at the Big Bang. Or, if God does not exist, the blind watchmaker of time, chance, and selection.

Here, once more, is the recipe for making a world that evolves. If Francis really said it, good for him!

Start by doing what’s necessary; then do what’s possible; and suddenly you are doing the impossible.

The impossible is the gradual accumulation of the possible. 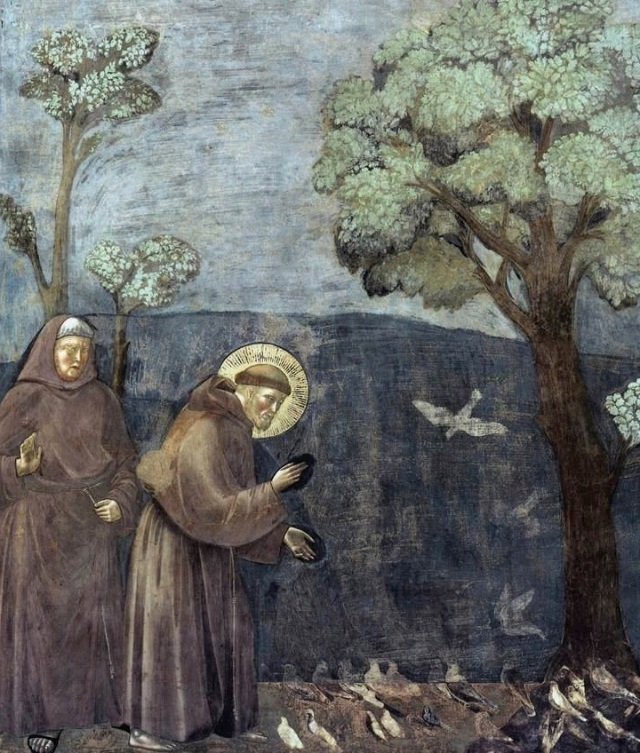 1 Response to Did Saint Francis Discover Evolution Before Darwin? Did Jesus (in the Parable of the Sower)?