There is a new book out, Exit Right, by Daniel Oppenheimer, profiling six men (Norman Podhoretz, Ronald Reagan, and Christopher Hitchens among them), formerly of the left when young, and well-known for either championing or defending the right when old. The book was reviewed recently by Alan Wolfe of The New Republic. The review is generally favorable, but I like this brake-tapping observation of Wolfe’s:

I found myself frustrated by the questions Oppenheimer does not ask: If these men were so wrong in their youth, wouldn’t they be likely to repeat the same mistake on the other side of their rivers Jordan? Can we fully trust writers who appear so sure of themselves, in either of the guises they take? Do all these men need a strong state with which to identify, whether the Soviet Union, the United States, or Israel, and, if so, why? Did they ever have doubts about their doubts? What, finally, makes them so damn certain?

Did they ever have doubts about their doubts? A great, great question.

It’s how religions get started, whether secular or theistic. Somebody knows. Let’s go hear him. Not knowing is intolerable. Meet the confidence man. An interesting and intelligent confidence man projects glamour, pretending to know what should be done and what things mean. If they’re clever or charismatic enough, others follow with their mega-dittos.

So when these sorts of men find themselves on the right, they identify with strong states because they borrow authority, power, and prestige from being associated with them: Go team!

And if you’re going to put on the daddy pants, and play the role of Father Knows Best, you want the phallus of the father, the stage of the father. You want the proscenium; to poke forward into the open, beyond the curtain. Tellingly, Oppenheimer’s book title (Exit Right) alludes to the stage, and so might have been called, to complete the thought, Exit Right, Enter Right.

It’s that return trip to the stage that makes for alpha male shenanigans (the confidence games; the narcissism, the theatrics, the attention seeking, the adopting of the persona of the brave and lonely hero, etc.).

And Freud would say that if you’ve killed the symbolic father in your youth, overcoming him Oedipally, you’re likely to make up for this murder by idealizing the father in another form (the father in heaven, the father symbolized by the state). You show your exaggerated loyalty to power after you’ve betrayed, scorned, and seized it in youth. It’s a guilt thing, the energy of which gets transformed into a fresh charge–the charge of a new Tea Party, a new Light Brigade.

And what a charge it is–to lead a new charge! Before locating a copy of Oppenheimer’s new book, I’ll let these lines from another alpha male, Alfred Lord Tennyson, take us out. (Exit right?)

“Forward, the Light Brigade!”
Was there a man dismayed? […] 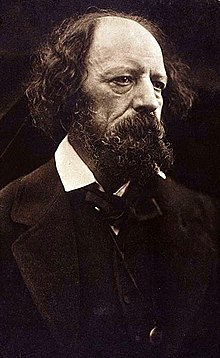 I teach writing and literature at Antelope Valley College in California.
View all posts by Santi Tafarella →
This entry was posted in philosophy, Politics, Uncategorized. Bookmark the permalink.