The Bhagavad Gita and Socrates vs. Homer and The Iliad

Error, in the Gita, consists in identifying with the “little self”—i.e., the self of desires and aversions, pleasures and pains, against the “big self” (the Atman), which is pure consciousness, untouched by these passing states and forms.

Here’s a representative passage on the Atman in the Gita (Barbara Stoler Miller’s translation, 2:23-24):

Weapons do not cut it,

fire does not burn it,

waters do not wet it,

wind does not wither it.

It cannot be cut or burned;

it cannot be wet or withered;

it is enduring, all pervasive,

The Atman, according to the Gita, is the “true self,” the one who is the “Eternal Seer” behind what is to be seen. Hindu literature has two terms for this distinction: Purusha (the seer) and Prakriti (the seen, or everything else in the world). Suffering arises when one identifies the seeing self with what is seen or experienced.

Hence the meditative and yogic tradition is a training—a discipline—in keeping separate the seeing consciousness from what is seen. So in the Gita Krishna advises Arjuna to relinquish attachment (from 2:48): “[B]e impartial to failure and success—this equanimity is called discipline.” Equanimity through non-attachment of the seer and seen can be illustrated in any number of ways. For example, you might notice how easily your own casual language of self-description readily blends the conscious self with the states of the body or emotions and calls it “I”: I’m getting fat. I’m depressed. I’m ugly. But the meditative or yogic practitioner would ask you, on saying these things, to observe that you can make a distinction between the perceiving self and the shifting states of one’s body or mind without identifying with them: Noticing fatness. Noticing depression. Noticing ugliness.

Any time one notices something, one is, as it were, ironically standing alongside it, metacognizing it. One is separate from it—not directly experiencing it. The moment, for instance, you notice that you’re crying, you cease, in that moment, to be in the crying. Rather, you are at a distance from it.

Meditations on non-attachment thus bring you to continually ask the question, “Who are you, really? Who is crying? Who is feeling joy or pain? Who is excited about the election, and who is depressed? Are these ever-shifting states really you?” Setting distance between what one notices as thoughts, bodily states, and emotions, and identifying instead with the dispassionate noticer of those states, is to be on the path to what the Gita identifies as insight.

By contrast, attachment to the ego, with its desires and aversions, and identification with one’s ever varying thoughts, bodily states, and emotions, is the formula for delusion and suffering. So the Gita has Krishna say to Arjuna (2:55-58):

When he [the yogi] gives up desires in his mind,

then he is said to be a man

whose insight is sure, Arjuna.

When suffering does not disturb his mind,

when his craving for pleasures has vanished,

when attraction, fear, and anger are gone,

he is called a sage whose thought is sure.

When he shows no preference

in fortune or misfortune

and neither exults nor hates,

his insight is sure.

its limbs, he withdraws his senses

his insight is sure.

The Gita thus teaches ironic distance, not tragedy, in relation to one’s existence, as Ralph Waldo Emerson also notices in his poem, “Brahma,” which is his loose translation of lines from the Gita:

If the red slayer thinks he slays,
Or if the slain think he is slain,
They know not well the subtle ways
I keep, and pass, and turn again.

Far or forgot to me is near;
Shadow and sunlight are the same;
The vanished gods to me appear;
And one to me are shame and fame.

They reckon ill who leave me out;
When me they fly, I am the wings;
I am the doubter and the doubt,
And I the hymn the Brahmin sings.

The strong gods pine for my abode,
And pine in vain the sacred Seven;
but thou, meek lover of the good!
Find me, and turn thy back on heaven.

The Gita’s stance on the relation of self to existence is identification with eternal and unchanging Being itself, not mortal beings or one’s transient states of being–which brings us to Socrates vs. Homer.

The debate between philosophy and literature begins over the question of desire. In Plato’s Republic, Socrates’ main charge against Homer is that his poetry leaves us in the grip of the desire for mortal life. The dramatic pathos of the Iliad is generated when the heroes cling to what they will lose and cannot accept the death that awaits them. Even the bravest heroes, such as Hector and Achilles, lament the fact that their lives will leave have been short. When this pathos is transferred to the audience, it opens a channel that allows the spectators to come into contact with their own grief. “You know,” says Socrates, “that even when the very best of us hear Homer imitating one of the heroes who is in grief, and is delivering a long tirade in his lamentations, that we then feel pleasure and abandon ourselves and accompany the representation with sympathy and eagerness.” A few lines further on, Socrates specifies that this fascination with tragedy stems from the part of our soul that “in our misfortunes was forcibly restrained and that has hungered for tears” (606a). To be taken by poetry is thus to be overtaken by the vulnerability and the desire for mortal life that the philosopher should overcome. Indeed, Socrates argues that the problem with poetry is that “it waters and fosters these feelings when what we ought to do is to dry them up” (606d). The philosopher should not let himself be “disturbed” by the loss of mortal beings; he should rather turn his desire toward the immutable presence of the eternal.

Desire for “the immutable presence of the eternal.” That’s where the Western philosophic tradition, from Socrates to Aquinas, converges with the Gita, carving out a space for calm abiding, irony, the sublime–and even humor–but less so for the time-bound, engaged, heroic, and tragic persona that highly values, and is chiefly concerned about, this mortal life.

So the very same tensions between epic battle and philosophical equanimity, as represented by Homer’s Iliad in contrast with Socrates, are found in the Gita by way of contrast with Arjuna’s anxious, Hamlet-like, fretting over what to do in the midst of civil war, and Krishna’s cool non-attachment. Here’s Krishna instructing Arjuna (2: 14-15):

In fact, that person who is not tossed about by sense experience and always stays balanced in pain and pleasure is fit to experience immortality.

Perhaps. But what of life? That word fit above has me thinking of Darwin. To what does such equanimity make one fit, in an evolutionary sense? Does it make one fit to do one’s duty on behalf of one’s tribe; to obey orders with the warrant of scriptures and the ultimate higher being–Being itself, the Atman, God?

Is equanimity of this spiritual sort a mental trick for taking sides in war and cutting down your tribe’s enemies with the sword–and that, with a clear conscience? Is it a kind of theistic nihilism, as when a Western theologian like Aquinas can blithely advise the murdering of heretics?

After the carnage, at some point (it would seem) mortal life has to matter again, but there is no map for reliably navigating this ever-shifting territory: when to care and when to put off caring.

In choosing our models for human life, should we follow the examples of Socrates, Krishna, and Aquinas–or the fretting Arjuna of the first chapter of the Gita, Homer’s passion-driven heroes, the Greek tragedians, Shakespeare’s Hamlet, and Nietzsche’s Zarathustra? 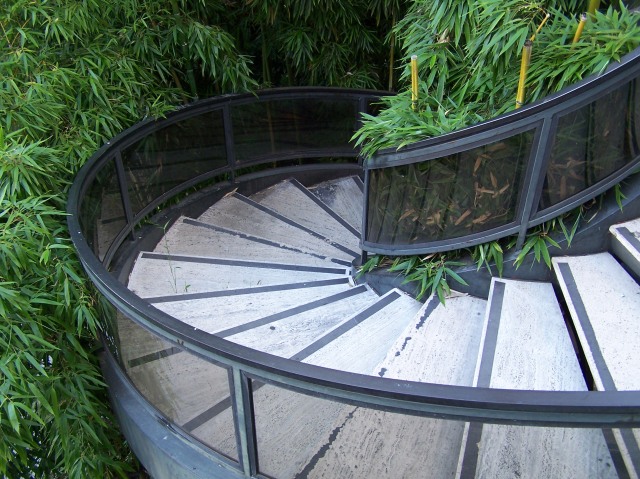 I teach writing and literature at Antelope Valley College in California.
View all posts by Santi Tafarella →
This entry was posted in atheism, edward feser, God, philosophy, Uncategorized. Bookmark the permalink.

2 Responses to The Bhagavad Gita and Socrates vs. Homer and The Iliad