Did Trump Rape a Thirteen Year Old in the 1990s?

Posted on July 13, 2016 by Santi Tafarella
Donald Trump may have a Bill Cosby problem brewing. A recent court filing in New York alleges that Trump raped a thirteen year old in the 1990s. Alternet reviews the allegations contained in the filing, and judges them plausible. Money quote:
_____

Jane Doe says that as a thirteen year old, she was enticed to attend parties at the home of Jeffrey Epstein with the promise of money modeling jobs.[…] Jane Doe says that Mr. Trump “initiated sexual contact” with her on four occasions in 1994.[…] On the fourth incident, she says Mr. Trump tied her to a bed and forcibly raped her, in a “savage sexual attack,” while she pleaded with him to stop. She says Mr. Trump violently struck her in the face. She says that afterward, if she ever revealed what he had done, Mr. Trump threatened that she and her family would be “physically harmed if not killed.” She says she has been in fear of him ever since. […] Two unusual documents are attached to Jane Doe’s complaints – sworn declarations attesting to the facts. The first is from Jane Doe herself, telling her horrific story, including the allegation that Jeffrey Epstein also raped her and threatened her into silence, and this stunner: “Defendant Epstein then attempted to strike me about the head with his closed fists while he angrily screamed at me that he, Defendant Epstein, should have been the one who took my virginity, not Defendant Trump…” […] The second declaration is even more astonishing, because it is signed by “Tiffany Doe”, Mr. Epstein’s “party planner” from 1991-2000. Tiffany Doe says that her duties were “to get attractive adolescent women to attend these parties.” […] Tiffany Doe says that she recruited Jane Doe at the Port Authority in New York, persuaded her to attend Mr. Epstein’s parties, and actually witnessed the sexual assaults on Jane Doe.

_____
Hmm. The word of two women against two powerful men. We know that Trump is indeed a friend of billionaire Epstein, and that Epstein is a registered sex offender. And surely such parties with casual sex opportunities take place among the fabulously wealthy. So would a judge let this case go forward to discovery and depositions, exposing the behind-the-scenes world of billionaires and their friends gone wild? The woman obviously persuaded another woman to cooperate in the filing, and also managed to get an attorney to believe her story, who then filed papers on her behalf. What think ye? Here’s another summary of the complaint, this time from William Boardman:
_____

According to the complaint: Plaintiff Jane Doe came to New York in the spring of 1994 in hope of starting a modeling career. Professionally unprepared, she had little success and was headed home when she met Tiffany Doe, another pseudonym, who worked for Epstein from 1990 to 2000, recruiting young women to attend his parties and entertain his guests. Tiffany Doe, age 26 in 1994, promised Jane Doe that she would be paid to attend these parties at which she would meet people who could help her start her modeling career. Jane Doe attended at least four of Epstein’s parties at which she interacted with both Trump and Epstein sexually, as described graphically in the complaint and in attached affidavits of the two women. Tiffany Doe, in her affidavit, says she was a witness to the events described by Jane Doe. […] Defendants have not yet filed a response to the June 20 claim in court. Nor has there apparently been any public response from Attorney Garten, the Trump campaign, Epstein, or others associated with Defendants.

[W]hile the media has been hesitant to report on Katie Johnson’s accusations, stories have emerged in recent days in outlets like the New York Daily News and Gothamist and more may be in the works: Johnson’s attorney says he taped an interview with ABC News and sources spoken to for this story said they had been contacted by other national news organizations. 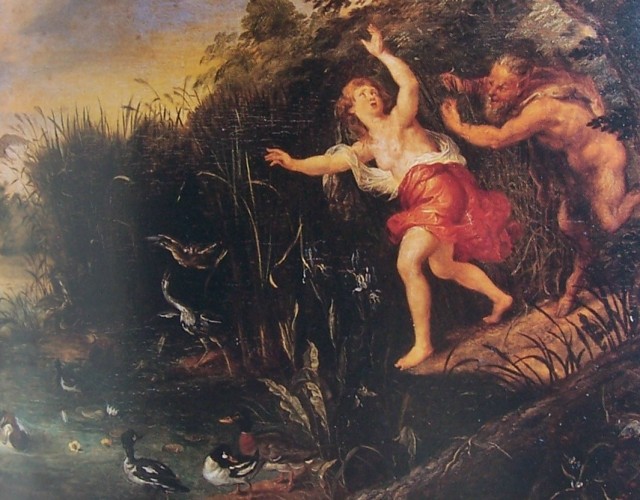 I teach writing and literature at Antelope Valley College in California.
View all posts by Santi Tafarella →
This entry was posted in donald trump, feminism, hillary clinton, Politics. Bookmark the permalink.