A Mini-Course In Critical Thinking For Writers. Concept 1.4: Spanning The Bridge From Logical Possibility To Truth

I thought I would attempt the first draft of a college-level textbook, writing it directly into my blog, bit by bit. Feedback and recommendations in the thread comments are welcome, either encouraging or critical. The first chapter would be a mini-course in critical thinking for writers. To have a look at Concept 1.3, click here; for 1.1 here; 1.2 here.

Concept 1.4: Spanning the bridge from logical possibility to truth. Given that the starting and stopping points for arguments are context dependent on audience, worldview, and ideology, it might be argued that any consistently shared reasoning across worldviews and cultures is a mirage—and is undesirable in any event. Ultimately (it might be claimed), nothing can be wholly ruled out as impossible because a global consensus can never be arrived at regarding first premises. Maybe you really did see a penguin fly. Maybe an angel or space alien really did talk to the leader of your group. History teaches us that people have, at one time or another, used reasoning to reach just about any conclusion they’ve wanted, raising the question of whether reason and logic can ever really be trusted. Perhaps Orwell’s ambition for objectivity—to “see what is in front of one’s nose” absent bias, passion, and ideology—is a delusion. Maybe a mediated encounter with reality (and it appears that an unmediated encounter is impossible for humans) necessarily means that experience and interpretation are going to always be subjective, never objective, and thus any claims we make can be likened to ice cream: you like vanilla, I like mint, and there’s no way to arbitrate whose sense of taste is better.

But what if we bring our ambition for absolute certainty, objectivity, and global knowledge down just a bit? If there is not a first idea or starting point that can confer on us powers of clarity and confidence for thinking and writing that will convince everybody, and bring all fair-minded people to the same conclusions, might there nevertheless at least be a starting point for thinking and conversation across diverse groups and cultures, regardless of where that thinking and conversation might ultimately lead us? Can we, in short, reason together across our cultural and tribal boundaries, rather than talking past one another, closing in on at least some shared or agreed upon truths?

With such a reduced ambition, there actually is a very powerful idea that has the virtue of simplicity, and can be used to get some objectivity going in conversation. It has been well-known to intellectuals for thousands of years, going back to Plato and Aristotle in ancient Greece, and it can at least function as a useful starting point for getting thoughts and conversations going among those who might otherwise disagree, regardless of where those thoughts and conversations might ultimately take us. That first idea is logical possibility. Logical possibility can be defined simply as what’s possible, or, more precisely, the realm of what’s possible–even if a thing is highly unlikely or even barely conceivable, such as a penguin flying.

An appeal to logic is therefore an appeal to engage one’s imagination and reasoning in a careful, precise, and coherent manner, and it is an appeal to do so with stable, identifiable premises and definitions. An appeal to logical possibility considers as a candidate for truth any meaningful claim (one that is not vague, obscure, or incoherent; one that can be conceived or visualized as a possibility).

Can you see it? There are no married bachelors, and no one can be pregnant and not pregnant at the same time. These are logical impossibilities. They cannot even be depicted in a fanciful cartoon. One cannot see them in imagination, let alone in reality. It is, however, logically possible that a lifelong bachelor of seventy years may decide to marry, though perhaps it is unlikely; and it is logically possible, with a little imagination, that a woman could be pregnant without having ever experienced intercourse, though, again, it would appear to be something highly unlikely. We can imagine ways such things could happen. Logical possibility functions as the first gate through which rational human thought and dialogue might pass across worldviews, ideologies, groups, and cultures, whether implicitly or explicitly. It’s not true that anything is possible. Only what is logically possible is possible. If we agree on that much, we can have a conversation; we can think and reason together. Objectivity has got a toehold. Only what can be coherently imagined, thought, or visualized is possible. Can we agree on this much?

Logical possibility vs. actuality. But just because something is logically possible (the marriage of a seventy year old, and formerly lifelong, bachelor; a woman pregnant without intercourse), it doesn’t make it true. The threshold for believing something, for most people, rarely stops at, “It’s logically possible; so I believe it. It settles the matter for me.” All thought explicitly or implicitly starts there, but it rarely halts there. Logical possibility is a necessary, but usually not sufficient, condition for rational belief. For instance, if a man comes indoors soaking wet on a partly cloudy day, it’s logically possible that he does so because he was caught in a brief thunder storm. But it’s also logically possible that a fire hydrant burst in the street as he was walking home, or that sprinklers came on as he walked across a field. It’s also logically possible that children bombarded the person with water balloons, or that a dispute with a neighbor ended with his being chased off a lawn with a water hose. We can imagine lots of possibilities, and thus context is most likely to dictate whether we inquire and investigate further, and what we end up concluding. Some factors influencing our conclusion might include the following: the truth of the matter may be of high or low importance and interest to us, and therefore our level of attention may be along a spectrum, from close attention to outright distraction; we may assign levels of plausibility to different scenarios, and, because our time is limited for investigation, deploy a heuristic (rule of thumb) to the matter; or we may simply guess and be done with it, turning our attention to a television program.

Sherlock Holmes. Logical possibility plays a large, implicit role in detective fiction, as when Sherlock Holmes says the following to his partner Watson in the 1939 film version of The Hounds of the Baskervilles:

That’s where crimes are conceived and they are solved: in the imagination. Now, if we…use our imaginations as the criminal does, imagine what might have happened to him [the murder victim] and act upon it [investigate it based on our theory], as I have been trying to do in this case, we usually find ourselves justified.

In other words, Holmes is suggesting that, to solve a crime, one moves from the logically possible to a plausible theory, and then one brings close attention to subsequent experience and experiment, either confirming or disconfirming the theory. Ultimately, the most probable theory of those on offer is the one in which we “usually find ourselves justified”—though, of course, not always. As with crime solving, so with truth-seeking in general.

Alexander Pope, Emily Dickinson, and Aristotle. Thus it seems the human condition is to strive to reason even as we often fail in reason. So it is that we dwell in uncertainties as best we can, as the poet Alexander Pope (1688-1744) observes of the individual:

Placed on this isthmus of a middle state,
A Being darkly wise, and rudely great:
With too much knowledge for the Sceptic side,
With too much weakness for the Stoic’s pride,
He hangs between; in doubt to act, or rest;
In doubt his Mind or Body to prefer;
Born but to die, and reasoning but to err;
Alike in ignorance, his reason such,
Whether he thinks too little, or too much:
Chaos of Thought and Passion, all confused;
Still by himself abused, or disabused;
Created half to rise, and half to fall;
Great Lord of all things, yet a prey to all;
Sole judge of Truth, in endless Error hurled:
The glory, jest, and riddle of the world!

But if dwelling in uncertainty and the prosaic (the workaday material, factual world), struggling with one’s uncertainties in relation to truth and what one should do, is too much for us, there is always life beyond this world; the life of the imaginative artist or poet, who makes a space, at least for a time, to escape such questions, and dwells in possibility, as when Emily Dickinson writes:

I dwell in Possibility –

A fairer House than Prose –

Of Chambers as the Cedars –

And for an everlasting Roof

The Gambrels of the Sky –

Of Visitors – the fairest –

The spreading wide my narrow Hands

Dickinson’s preference for imagination (possibility) over one’s workaday, matter of fact world of prose, is akin to the distinction the philosopher Aristotle (384-322 BCE), in his Poetics (chapter 9), makes between history and poetry:

The true difference [between history and poetry] is that one relates what has happened, the other what may happen….[P]oetry tends to express the universal, history the particular. By the universal I mean how a person of a certain type will on occasion speak or act, according to the law of probability or necessity.

Writing 1.4.1. The philosopher Aristotle, writing more than two millennia ago, observed in his book, Rhetoric, that, when people make arguments, they do so concerning either the past, the present, or the future. Think of a question worthy of arguing about, whether concerning the past, present, or future, and explore in your journal some of the logically possible ways people might go about defending their position on the matter. Example: “It’s logically possible that there is life on Mars. Even absent surface water, it might be underground,…” etc. And argue from the vantage of logical possibility for both sides (“It’s logically possible that there is no life on Mars. Even though Mars may have caves with water beneath the surface, it might be that the evolution of life is a vanishingly rare event,…” etc. Is it easier to move from the logically possible to the plausible by taking one side, but not the other? If so, why is that? 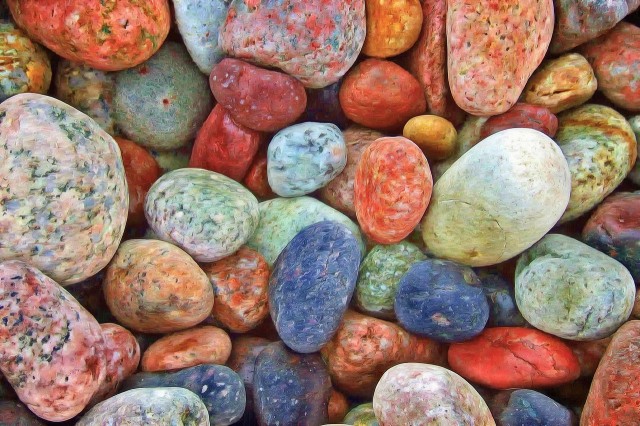 5 Responses to A Mini-Course In Critical Thinking For Writers. Concept 1.4: Spanning The Bridge From Logical Possibility To Truth