A Mini-Course In Rhetoric For Writers. Concept 2.1: Rhetoric Is The Music Of You, Sent To Others (Ethos, Logos, Pathos)

Posted on October 7, 2018 by Santi Tafarella

I’ve decided to attempt the first draft of a college-level textbook, writing it directly into my blog, bit by bit. Feedback and recommendations in the thread comments are welcome, either encouraging or critical. The first chapter is a mini-course in critical thinking for writers; the second chapter is a mini-course in rhetoric for writers. This post is the beginning of chapter two, introducing its first concept (Concept 2.1). To have a look at chapter one (Concepts 1.1 – 1.10), click here.

Concept 2.1. Rhetoric is the music of you, sent to others. Rhetoric is the art of reaching or maintaining agreement through argumentation, with persuasion being directed to the reason (Greek: logos), the emotions (pathos), or some combination of the two. Logos is most directly associated with the messages you send and pathos with the passionate audiences to which you send them. Audiences are regarded as passionate in the sense that they presumably have an interest or stake in the outcomes of your arguments, and are thus susceptible, not only to appeals to reason, but to desire and aversion.

The philosopher Aristotle, writing more than two millennia ago, observed in his Rhetoric that, in addition to logos and pathos, there is always a character (ethos) component to argumentation. From the Greek word ethos we get the English word ethics. Ethos is associated with the sender of a message. To increase the odds of being rhetorically successful, the sender might seek to transmit to an audience a persona—a mask, a personality—that is interesting, friendly, credible, and ethical (because either truthful, virtuous, or courageous). This is achieved by such things as choice of mood in address, tone of voice, earned authority, expertise, reputation, presentation, and relationship (cultural touchstones and history with the audience). When you bring to an audience your essence—your spirit, character, habits of mind and action, and your true or best self (or even a fake or worst self)—you bring your ethos; it is, as it were, the music of you that arrives to your audience (pathos) accompanied by a message (logos).

So as lyrics are to music, messages are to ethos. Whatever messages you’re sending, they are accompanied by the music of your presentation—your mask, personality, style—your ethos. Thus it is that, say, a coffee-stained essay with grammar errors, and not in the format expected by your audience, reflects on you. In such a rhetorical situation, messiness and carelessness are part of your ethos. So, along with your logos and pathos appeals, you arrive to people: (1) with character (some sort of virtuous or not-so virtuous orientation or reputation); and (2) in character (donning the mask of a personality, style, and tone of voice). Will an audience read or listen to your message if it doesn’t like the ethos—the music—that accompanies it?

The rhetorical triangle. Argument is invariably combative (some arguments must win, others lose), but it need not be divisive. It can bring parties together. At bottom, rhetoric is about sensitive and skillful attention to audience; about reaching an audience, not losing or alienating it. This is true whether that audience is a group (“Vote for me!”), a single person (“Will you go on a date with me?”), or even yourself in self-talk (“You can get that job; you’re the best!”). Notice in the latter example how the self splits into two—it is of two minds—and in the role of both speaker and listener. Notice also that the self is sending the “other self” a message (“You’re the best!”). So, in communication, sender, message (reason), and audience (passion)—the rhetorical triangle–first theorized about together in ancient Greece—are all three at work together, even at the level of inner dialogue.

Writing 2.1.2 Have another look at the journaling you did for Writing 2.1.1 immediately above, then try another piece of writing on the same topic to the same audience—but this time don (adopt) for your ethos—the music of you—one of the following personae (masks): (1) the energetic ironist or humorist who is irreverent and “in-the-know”; (2) the measured, serious, earnest nerd or scientifically oriented person; (3) the over-the-top salesperson; (4) the compassionate, empathy-driven liberal; or (5) the angry, resentful populist.

Writing 2.1.3: Write a paragraph to yourself on a matter of importance to you. Notice as you do this that you’re participating in the rhetorical triangle from all three vantages: ethos (sender, personality), logos (message, reason), and pathos (audience, emotion). Also notice your internal dialogue as you write, observing how it shifts from sender concerns to message concerns to receiver concerns: Is this what I want to say? Does the way I’m saying this resonate with how I actually feel about it now? Am I speaking honestly, and is this what I really want to say and hear? 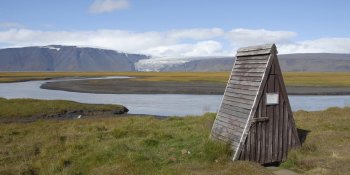 I teach writing and literature at Antelope Valley College in California.
View all posts by Santi Tafarella →
This entry was posted in critical thinking, education, philosophy, reason, rhetoric, writing. Bookmark the permalink.