I’ve decided to attempt the first draft of a college-level textbook, writing it directly into my blog, bit by bit. Feedback and recommendations in the thread comments are welcome, either encouraging or critical. The first chapter is a mini-course in critical thinking for writers; the second chapter is a mini-course in rhetoric for writers. This post is part of chapter one. To have a look at other parts of the book, click here.

The writerly persona of the critical thinker. In literature, this persona (mask for presentation) is found in detective fiction in the character of the probing investigator, and in film it is captured by the scientist played by Jodi Foster in Contact, which was based on a novel by the famed Cornell astronomer, Carl Sagan. Albert Einstein projected this persona, as does Martha Nussbaum, the well-known humanities polymath at the University of Chicago. You can find this persona projected everywhere in global culture, not just in academia, but in newspapers like The New York Times and magazines like The Atlantic and Skeptic. Wherever you encounter anyone writing in an open, vulnerable, probing, and self-critical way, you’re encountering the persona of the critical thinker. This latter trait—being self-critical—especially distinguishes the critical thinker from the non-critical thinker, as doubt and suspicion goes, not just outward, but back upon oneself (“Am I quite sure I’m seeing things right? Am I fooling myself? Am I badly motivated? How do I know?”) If you’re writing in the persona of a critical thinker, you’re projecting an honest effort at capturing the truth of a matter, or reflecting truthfully and subtly on something complex, following wherever your search for truth, the good, or beauty leads you. There’s a universal quality to this voice, suggesting a wide circle of affiliation, incorporating any literate, fair-minded person of goodwill, regardless of nationality, gender, religion, or irreligion. With good reason, this is the voice of ideal college discourse, of civil international relations, and science.

Rhetorical moves of the critical thinker. You may find yourself writing in the third person when you’re in the persona of the critical thinker, not necessarily avoiding the I or we voice, but perhaps not especially emphasizing it. Your focus is generally outward, pointing away from self or group to the matter at hand. Of course, in this persona you’re also seeking to come across as smart and thoughtful, which suggests that you’re very likely to do the following:

(1) use a broader than average range of vocabulary

(4) vary sentence length and rhythm in your writing

Thus it is that you’re the inquisitive seeker who notices interesting things in interesting ways, and can write about them with fairness, sophistication, and style. You point and make observations, and have the capacity for sustained focus and attention—and you show it. You linger. You’re calm. You might also be mischievous: the friendly provocateur of the groups to which you belong, encouraging them to be self-critical and to challenge their own assumptions; assumptions that the writer and reader may share, but which you openly bring into scrutiny.

So to be the critical thinker in the room is to be the intellectually unpredictable person; the person prepared to look at the world from different angles, and not just the angles that are familiar to your group. You display independence. As a seeker of truth, knowledge, growth, and understanding, you’re also more interested in dialogue than proclamation—most especially dialogue between those who fundamentally disagree, calling to mind the philosopher Baruch Spinoza: “Non ridere, non lugere, neque detestari, sed intelligere.” (Not to laugh, not to lament, not to curse, but to understand.)

The critical thinker and science. The persona of the critical thinker is essentially the persona of the ideal scientist, meaning the critical thinker tempers careful thought and plausible theorizing, wherever possible, with reality testing. As a critical thinker, you never bring Galileo’s telescope down from the heavens. Always looking, you’re ever ready to adjust beliefs in response to new data. This means that you move readily and willingly from the realms of claim and theory into that of support, evidence, and, most importantly, disconfirmation. You’re hard-nosed, not just in evaluating others’ claims and theories, but your own. (Again, you are not in the persona of the ideal critical thinker if your skepticism goes only outward, and never back upon yourself and your own beliefs.) You want to be proven wrong—or if that is too strong, you are at least open to being proven wrong, and you’re active, not passive, in searching out what might be wrong (where you might be fooling yourself).

The critical thinker’s audience. In the persona of the critical thinker, you’re not asking for faith from your readers, but for them to gauge evidence, logic, plausibilities, and probabilities with you. You want them to apportion their beliefs to the evidence you present, not believing things in excess of the evidence. You want your readers to read you critically and ironically—as you yourself are also an ironist (one who can stand back from a scene, not lost wholly in passionate advocacy). As a doubter, skeptic, and seeker, you want doubters, skeptics, and seekers for readers, keeping you on your toes.

The critical thinker and doubt. In the persona of the critical thinker, doubt is a virtue, not something to be tamped down. So you doubt, make distinctions, and want distinctions made. You’re not content with the easy answer, and as with any science-oriented person, you speak with measure (more in probabilities than in certainties). You’re nuanced, patient with ambiguity, and willing to live with uncertainty and complication. You don’t sweep under the rug difficult choices between competing goods and competing data points. If you don’t know, you say you don’t know. You don’t pretend to know what you don’t.

The temptation of contempt. There are more than a few landmines in deploying the persona of the critical thinker in discourse, especially in mixed company (i.e., critical thinkers in the midst of non-critical thinkers). Even if your social skills are excellent, concern for truth may too frequently put you in conflict with broader social group expectations, placing you in tension with others. You may come across as a cynical person, or as one insufficiently committed to the beliefs and projects of the tribe to which you belong (not a team player). You may appear too frequently impatient and angry with what the philosopher Immanuel Kant called “the crooked timber of humanity.”

Bored with the majority of people’s naïve enthusiasms, and forgetting Spinoza, you may be persistently tempted to introduce ridicule and gnawing worry into discourse. You may also come to feel outright contempt for the simpler perceptions of others, leaving, say, religious fundamentalists and surface-loving extroverts out of your circle of full understanding and empathy. You may therefore grow world-weary of being a frequently critical and conflicted person, and find yourself on the outs with others, alone in your opinions, and often left alone to your opinions, not understood—and perhaps with few who want to understand you. You may even be feared.

Being baited into defensiveness. Because you’re critical and intellectual, and not a conformist, you may be seen by some as snobbish and elitist—and unethical debaters may send these accusations your way regardless of the evidence, putting you on the defensive. Unfairness of this sort may lure you away from the critical thinker’s natural advantage—your vulnerability and openness toward the world—and into a defensive posture of armoring, cunning, and aggressive counter-punching. Ironically, these could actually end up alienating others from you further still. So you’re in a dilemma. If you’ve got the right methods for getting at the truth—and critical thinkers think they do—you nevertheless have to make hard choices, moment-by-moment, about when to rhetorically shout, adopting the methods of opponents, and when to trust that the truth will out and reality will assert itself.

So you may need to check rigidity and impulses to dominance in yourself if you adopt this persona as a habit, and be self-aware, in the heat of intellectual combat, as to when you’re being sadistic toward others, or—ironically—not thinking critically about your own social and rhetorical situation. Critical thinkers obviously tend to be good at slicing and dicing opponents, but you may not know when to quit. You may prove inflexible in contexts where social circumstances might dictate a lighter touch. So if you misjudge your rhetorical situation, you may find yourself firmly in the public jaws of your chief opponent in intellectual combat, the spell-casting mystifier.

Writing 1.11.1. Write on a topic of your choosing adopting the tone and sensibilities of a critical thinker writing to a college educated audience. 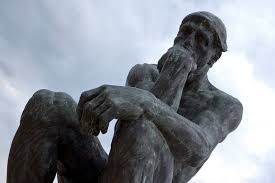