A Mini-Course In Rhetoric For Writers. Concept 2.6: Moving From First Sentence To Thesis

I’ve decided to attempt the first draft of a college-level textbook, writing it directly into my blog, bit by bit. Feedback and recommendations in the thread comments are welcome, either encouraging or critical. The first chapter is a mini-course in critical thinking for writers; the second chapter is a mini-course in rhetoric for writers. This post is part of chapter two. To have a look at other parts of the book, click here.

The first sentence of a piece of writing can be thought of as akin to a lightning strike. It’s the attention grabber, as with the beginning of Sylvia Plath’s The Bell Jar (1963): “It was a queer, sultry summer, the summer they electrocuted the Rosenbergs,…” It might be anecdotal, introducing the author’s motive for writing in the first place: “I underwent, during the summer that I became fourteen, a prolonged religious crisis” (James Baldwin, The Fire Next Time, 1962). A short opening sentence is a common attention grabber: “Something is lacking” (Albert Low, What More Do You Want? 2013). Or even a single word: “Chocolate. The very word conjures…” (John Robbins, “Is There Slavery in Your Chocolate?” 2002). If you can’t think of how to start your first sentence of writing, consider building onto one of the below words or phrases.

Once … Consider … Contrary to … It is … It was … One day … In the past … Have you ever … Although … It is a well-known saying that … It is well known that … After … The subject of x has become … Over the past x years … As we start … At the beginning of … Perhaps … Like most … Roughly speaking … I … In light of the recent … While it is true that … Contrary to popular opinion … Contrary to x …  Imagine … Visualize … On the one hand … Back in the day … In the past … One the ironies of existence … At one time I thought … At one time … I’m interested in x … I’m an x … For me, … What, where, when, why, how [as in, raise a question: “What do you suppose it would be like to live with perfect courage?”; “Where in our culture is stillness and quiet valued?” etc.]… I recently … The recent story of … Recently … Have you noticed … Given what so-and-so has said … It occurs to me …

Your first paragraph should justify your reason for writing. Why are you writing this? Why? Implicit in any sensitively written opening paragraph is an acknowledgment by you, as writer, that the reader deserves an explanation, either implicit or explicit, for why you’re writing to him or her in the first place. This is, in part, out of respect for the reader’s autonomy. The reader in a liberal democracy can always walk away from your message. You recognize the reader’s autonomy and freedom—that it is just—and that it’s your responsibility, if you want to communicate, to have something worth saying, not wasting another person’s time.

So the first paragraph carries this burden. How to meet it? One way, most obviously, is to be grammatical. If you show indifference to proofreading, you’re disrespecting the reader. Another way is to show care in your sentence writing and word choices. If you show indifference to sentences, and how they sing together, work, and imply their meanings, then why write anything at all? Writing consists of sentences—and good writing entails attention to saying things carefully, sentence by sentence. As Annie Dillard once suggested, if you don’t like sentences, you shouldn’t be a writer.

Yet another way to justify your taking of a reader’s time is with style, which is a display of tone, charge, surprise, persona (personality), and the musicality of language. Style is performative. Attending to style tells your readers that you want their undivided attention; that you mean to engage with their intelligence respectfully, ironically, and subtly—thereby delighting and entertaining them. Camille Paglia’s book, Sexual Personae (1990), starts, for instance, with an arresting echo of the first verse of Genesis—but with nature, not God, given pride of place in being first. In such a beginning, she means to startle the reader; to turn the reader’s habits of thought upside down:

In the beginning was nature. The background from which and against which our ideas of God were formed, nature remains the supreme moral problem. We cannot hope to understand sex and gender until we clarify our attitude toward nature. Sex is a subset of nature. Sex is the natural in man.

Notice that Paglia is arguing that human reasoning, contra the scholastics of the Middle Ages, begins with nature, and the experience of nature, not with God. God, for Paglia, is an abstraction—and everything that nature is not. Our ideas of God, suggests Paglia, are thus a traumatic reaction to our encounters with nature (its violence, its diversity). And our attitudes toward sex tells us about our attitudes toward nature, for “Sex is a subset of nature.”

So nature is supreme—and “the supreme moral problem.” Want to keep reading? Intrigued? That’s the function of the first paragraph. It might grab us by absorption into a controversy. It can also send a subtle (or not so subtle) tribal signal, suggesting to your reader of what political or religious tribe to which you belong. (With Paglia, she’s signaling straight-off that she is of that tribe of intellectuals unafraid to speak unconventionally of nature, God, and gender, and she expects her readers to stay for a potentially offensive—or, at least, offensive to some—performance. She means to be provocative.

Your first paragraph might get its impetus from what someone else has said or done. Notice in the Paglia quote above that by implicitly riffing off of Genesis in the first sentence, she deploys a common way to justify a piece of writing: quote someone else. Introducing a quote is a fast and tidy technique for entering the stream of an ongoing debate or conversation (“So-and-so recently said…and I say…”). Readers in a liberal democracy will rarely question another voice entering the fray of a conversation. It’s its own justification. Everyone can have a say. Attending to another’s voice is the hospitality a reader extends to a writer.

So enter the conversation. “They say, I say.” Entering a conversation may not need an exact quote (Paglia only alludes to the author of Genesis in her first sentence), and it may not even need reference to what a specific person said, but merely a general observation surrounding a common assumption, or something many people are saying, talking about, or doing. The philosopher Hannah Arendt deploys this method as her provocation for writing an entire book (On Violence 1969), her first paragraph starting with this:

These reflections were provoked by the events and debates of the last few years as seen against the background of the twentieth century, which has become indeed, as Lenin predicted, a century of wars and revolutions,… (3)

A good deal of writing, then, is a response to what others have said or done. If, for example, you’re a biologist writing for a professional journal, you might start with a review of the specialized literature that preceded your own investigations (“On the matter of microbial life on Mars, so-and-so in 1963 observed…”).

My interest in life on other planets and my interest in cosplay (costume play) intersected last year at Thy Geekdom Con, a convention held at…

As you launch into your anecdote, it will be the reader’s hope that you’re not just rambling or being digressive, but will bring him or her in relatively brisk fashion to a thesis or main point worth reflecting on or arguing about. Magazine writers often capture readers’ attention via an opening anecdote, as in this first sentence of an explication essay—an essay that attempts to explain something—by investigative journalist Evan Osnos titled “Survival of the Richest: Why Some of America’s Wealthiest People are Prepping for Disaster” (The New Yorker Jan. 30 2017):

Steve Huffman, the thirty-three-year-old co-founder and C.E.O. of Reddit, which is valued at six hundred million dollars, was nearsighted until November, 2015, when he arranged to have laser eye surgery.

From this first sentence, a two paragraph tale is woven around the multi-millionaire’s reason for getting his eyes fixed now, not later: insurance against some unspecified day in the future when eye contacts won’t be available at all; a day of apocalypse. From this anecdote arrives the author’s implicit statement of purpose in writing:

Survivalism, the practice of preparing for a crackup of civilization, tends to evoke a certain picture: the woodsman in the tinfoil hat, the hysteric with the hoard of beans, the religious doomsayer. But in recent years survivalism has expanded to more affluent quarters, taking root in Silicon Valley and New York City, among technology executives, hedge-fund managers, and others in their economic cohort.

The author’s statement of purpose here sets up a contract with readers: we expect him to devote the rest of his essay exploring the survivalism practiced by the fabulously wealthy.

So whether the provocation for writing comes from what others have said or in response to an event (an earthquake, a convention, an election, a rich man getting laser eye surgery), you may find your entire first paragraph or two taken up with an opening anecdote that winds its way to a thesis or statement of purpose that then functions as the center of gravity for all the sentences that will follow.

Writing 2.6.1. Analyze the opening sentences of a variety of essays or books. See what patterns you detect. 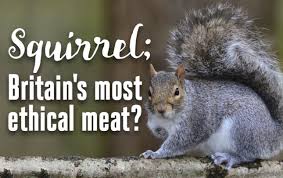 I teach writing and literature at Antelope Valley College in California.
View all posts by Santi Tafarella →
This entry was posted in critical thinking, education, reason, rhetoric, writing. Bookmark the permalink.