Lancaster Mayor R. Rex Parris: Is This What a Rising Christian Political Star Looks Like?

Mayor R. Rex Parris, 58, a born-again Baptist who last year declared his city, the city of Lancaster, Ca., a “Christian community,” was profiled a while back in the Los Angeles Times, and I notice that the Times described R. Rex Paris’s car and home in terms that hardly seem “Jesusy”:

He drives an exotic gray Audi sports car that auto industry magazines list between $60,000 and $90,000. Parris said he had to wait about six months for a dealer to get the car from Germany.

“It’s made of graphite,” he said, and recalled how a scratch recently set him back $8,000 in repairs.

His home of 16 years in the exclusive Westfield Estates gated community, on Lancaster’s west side, is palatial. The 5,000-square-foot residence, secluded on an acre, resembles a museum, with ornate chandeliers and Italian marble tile floors.

The profile also noted that the Reverend Mayor Parris “helped fund a program to bus homeless people out of town . . .”

Am I missing something here? Is this the lifestyle and behavior of a follower of Jesus?

Below is one of Mayor Parris’s billboards. As well as being mayor of Lancaster, he’s also the head of a prominent northern Los Angeles County law firm. I took the photo through the fence of a business. My back was to Pearblossom Highway, which runs adjacent to the 14 Freeway: 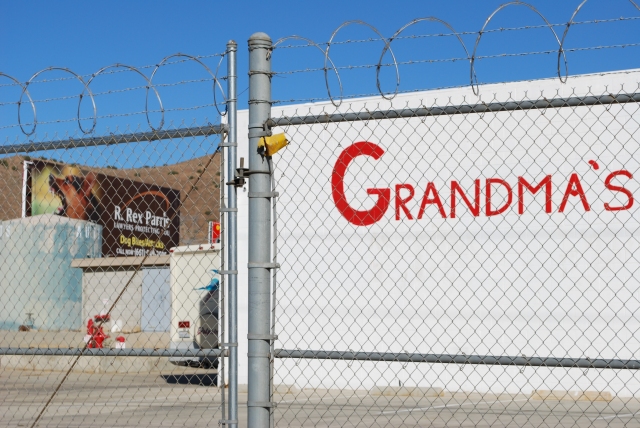 Let’s deconstruct this image a bit. R. Rex Parris is promoting his law firm as a lunging dog on behalf of its clients, and he’s encouraging people in his community to sue their neighbors for wrongs done to them (such as dog bites).

Didn’t Jesus specifically say that his followers are to turn the other cheek on those who assault them? Presumably, this would also include turning the other butt cheek to one’s neighbors’ aggressive dogs.

I’m not trying to be flippant. I’m trying to understand. As a member of the doubting community, I’m seeking to fathom the reasoning that underlies the faith community’s admiration for this man. And I just wonder how R. Rex Parris (and I don’t doubt the mayor’s religious sincerity) squares his lavish lifestyle, his aggressive scheme to drive the homeless from the city of Lancaster (literally, in buses), and his advocacy of unforgiving and relentless legal self-defense against one’s neighbors, with Jesus’s Sermon on the Mount.

In other words, what does it mean to call yourself a follower of Jesus and a Fox News-style conservative politician at the same time?  How does your head not explode from the obvious cognitive dissonance? This isn’t about asking a loaded question of a Christian who reads the gospels literally. This is about asking an unloaded question of a Christian who appears to have never read the gospels at all. Look again at that billboard, this time close-up (see below). Is this really how a 21st century Christian represents himself to the world? Can anyone seriously look at this image and say, “Here is someone who represents the spirit of Christ, the Prince of Peace”? 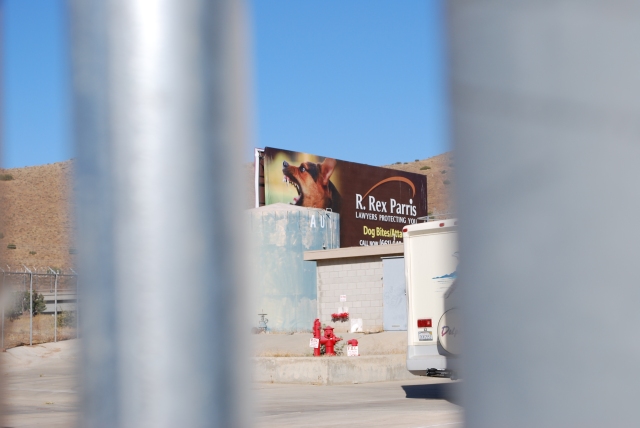 I guess I don’t really care what Jesus would say about R. Rex Parris. But I do care about the corruption of language, and what it means to consign a word like “Christian” to virtual meaninglessness. What would George Orwell say?

25 Responses to Lancaster Mayor R. Rex Parris: Is This What a Rising Christian Political Star Looks Like?