A Mini-Course In Critical Thinking For Writers. Concept 1.2: Notice Where Arguments Start And Stop

I thought I would attempt the first draft of a college-level textbook, writing it directly into my blog, bit by bit. Feedback and recommendations in the thread comments are welcome, either encouraging or critical. The first chapter would be a mini-course in critical thinking for writers. To have a look at Concept 1.1, click here.

Concept 1.2. Notice where arguments start and stop. If Orwell is correct that reducing one’s subjectivity and increasing one’s objectivity entails “a constant struggle,” then where one starts to reason would seem to be critical to notice and get right, for that starting point may be grounded in emotions or premises that you have not sufficiently interrogated. So is there a first idea or starting point for reasoning that can assist one in reaching, as with mathematics, objective truth? Put another way, is there a place to begin one’s reasoning so that one might have a chance of reaching conclusions that it would be unreasonable ever to doubt–as in mathematics? And could this first idea or starting point then function as a North Star for reasoning with others, conferring special powers of clarity and objectivity to your writing?

Unfortunately, the answer is almost certainly no. Or, if the answer is yes, there’s no broad consensus as to what that objectively true, first idea or starting point might be, exactly. Why is that? It has to do with premises. Perhaps if we all agreed on that first idea–that first premise–we’d all reach the same conclusions, regarding them as objectively obtained and beyond question—but then again, maybe not. For example, Catholic theologian Thomas Aquinas, Jewish philosopher Baruch Spinoza, and Protestant philosopher Gottfried Leibniz were all very powerful minds and careful logicians (practitioners of logic), and they started their reasoning with the same, ultimate, big idea: God. For each of these thinkers, God functioned as a starting place for their reasoning—and yet they did not reach the same conclusions as to what God implied for the nature of their existence and what should be regarded, ultimately, as the objectively true, good, and beautiful. Though they attempted to reach a greater rationality and certainty in life by taking God’s existence as a key premise, they nevertheless ended their processes of reasoning in very different places.

One cause for their diversity of opinion had to do with definition. None of these men defined God in exactly the same way, so they didn’t really start their arguments in exactly the same place. As with the butterfly effect in chaos theory—an idea in physics where even a small flutter of a butterfly’s wing in Asia can make exact weather prediction in California, six months later, uncertain—so a small difference in definitions or premises can have large scale effects for ultimate conclusions. Exact starting and stopping points for arguments are thus crucial to notice. Garbage in, garbage out.

Oftentimes the Oz curtain of a person’s way of thinking–if it appears mysterious, confusing, or suspiciously unsupported–can be drawn back by simply asking, “Why did this person start her argument exactly where she did, and why did she stop it exactly where she did?” If this question cannot be answered to your satisfaction, it may be because the author has not stated it outright. This may be for a variety of reasons. It is possible, for instance, that the writer has misread you, her audience, expecting you would treat her points of departure and conclusion as your points of departure and conclusion, granting her opening and closing claims as in need of no additional justification because you are, at those points, at yes with her. (Rhetoric is about getting to yes with an audience.) Perhaps she assumes that you have the background knowledge she does, and are part of her community, sharing her general sensibilities, assumptions, and beliefs, knowing where questions can generally start and stop without a lot of justification or explanation.

But perhaps you’re not part of her community. Perhaps you don’t share her way of talking about things, and so you’re unwilling to start and stop arguments where she does. If, for instance, you do not take as axiomatic (self-evident; foundational; something not in need of additional argument) that all human beings are created by God and created equal, as Thomas Jefferson so famously claimed in the Declaration of Independence (“We hold these truths to be self-evident that all men are created equal”), then you are in want of additional convincing. You have not reached yes with this message sender, sharing her premises.

What are premises? The word premise was used numerous times in the immediate paragraphs above, but what are premises, exactly? Premises are those explicit and implicit claims that support other explicit or implicit claims or conclusions. They are the things you assume in argument—and that you hope your audience assumes. An example can be found in any enthymeme. Aristotle called a sentence containing a claim and support an enthymeme: “I didn’t get on the plane because grandma dreamed the night before that it would crash.” An enthymeme includes one premise and one conclusion, but relies on the reader to fill in the second premise: the dropped premise. In this case, the dropped premise is that the dreams of grandmas have predictive power—which is obviously a dubious argumentative assumption, and a nice reminder as to why one should always check a writer’s or speaker’s premises (including one’s own). Putting it more formally, an enthymeme is an argument that leaves the reader to supply the missing premise: “Grandma dreamed the plane would crash [first premise]; grandma’s dreams foretell the future [the dropped second premise]; therefore, I didn’t get on the plane [the conclusion].” Support is about getting to the because of your claim—and an enthymeme achieves this in a single sentence. Any sentence with because in it is an enthymeme (whether it appears at the beginning of the sentence or somewhere in the middle), and any sentence with because in it will have a dropped premise that the writer expects the reader to supply without the writer having to make it explicit.

Circular reasoning and question begging. So if the writer or speaker means to communicate specifically to you, and yet fails to address your fundamental doubts, requests for clarification, or objections to their premises, then you can rightly accuse him of circular reasoning or question begging (assuming as true what is not yet agreed on between the message sender and his audience): “How do you know all people are created equal?” “Because God created them that way.” “But how do you know God created them that way?” “Because they’re equal. God would only create people equal.” “But how do you know that?” “I just do.” Round-and-round it might go if no additional, substantial claims are on offer. If a person is speaking to you, but declines to offer additional and substantial premises, claims, or arguments to bring you into agreement with him, then that person is circular reasoning or question begging.

It may be, however, that the person is not talking to you–and as such, that person may not be reasoning in a circle or question begging because the audience indeed accepts the premises on which their arguments are based. If you are not the audience for a message (that is, if you’re an audience crasher, butting-in on an argument being made to another audience)—and the audience being addressed indeed accepts the messenger’s initial claims as self-evident—then it’s not really fair to call the starting and stopping points for his arguments circular or question-begging, but as axiomatic or simply given (things neither he nor his audience call into question, such as, say, the reality of human equality, the authority of Jefferson, Buddha, the Bible, etc.). As the philosopher Ludwig Wittgenstein (1889-1951) wryly observed, “Arguments have to stop somewhere.” Arguments also have to start somewhere. What audiences will grant a writer, premise-wise, is always an open question.

For instance, note that Wittgenstein’s claim itself can be considered question-begging if you don’t accept it, and he’s talking to you, and yet nowhere in his writings does he offer further justification for his claim. In other words, question begging is audience dependent: it is question begging from the vantage of whom, exactly? Any explanation or justification might invite an additional flurry of “But why?” questions from somebody in an audience, as when a child asks a parent why, exactly, the sky is blue, again and again, never satisfied with the parental explanation. If you ignore the “But why?” question, or arrest it with something akin to “Because I say so,” or “Because that’s just the way it is,” or by pointing to an additional premise that your audience also finds in need of discussion, then you’re carrying on with your argument when premises are unclear to your audience or in dispute. You’re assuming what is, in fact, in question, and thereby begging the question. Begging the question urges a reader or hearer to go with an argument absent additional reasons or evidence; to grant your premises even if just for the sake of argument.

But let’s say we agree with Wittgenstein; let’s grant him his premise. Let’s say we agree that we’ve all got to start and stop our narratives and arguments somewhere. If so, then where an author begins and ends tells us a lot about what an author thinks can go without saying and when enough has been said—and what the author believes an audience will let him or her get away with. If you can’t say everything—or justify everything—then you’ve got to guess what can safely go unsaid. As John Henry Newman (1801-1890) once affirmed in another context: “With you the argument begins; with you, too, it ends; the beginning and the end you are both.”

Writing 1.2.1. Tease out the premises underlying an author’s sentence, brief essay, or opinion article. Notice where the author’s argument (implicit or explicit) starts and stops. Reflect on what the author is assuming in both instances as to his or her audience.

Writing 1.2.2. For each of the these three enthymemes below, supply the key, unspoken premise. Also think of other premises (assumptions) that are lurking around the claims of each sentence, supporting them.

(a) Because President Trump is a temperamental authoritarian, no American should vote for him.

(b) Socrates is a man–and thus will die.

(c) The 22nd century will be bleak because those of us living in the 21st century are not sufficiently addressing global warming.

(a) first premise: Trump is an authoritarian; dropped second premise: authoritarianism is not in keeping with the American tradition; therefore (conclusion), no true American should vote for him.

(b) first premise: Socrates is a man; dropped second premise: all men are mortal; therefore (conclusion) Socrates is mortal.

(c) first premise: the 21st century is insufficiently addressing global warming; dropped second premise: global warming, if allowed to occur, is an existential threat to human flourishing; therefore (conclusion), the 22nd century will be bleak for our descendants. 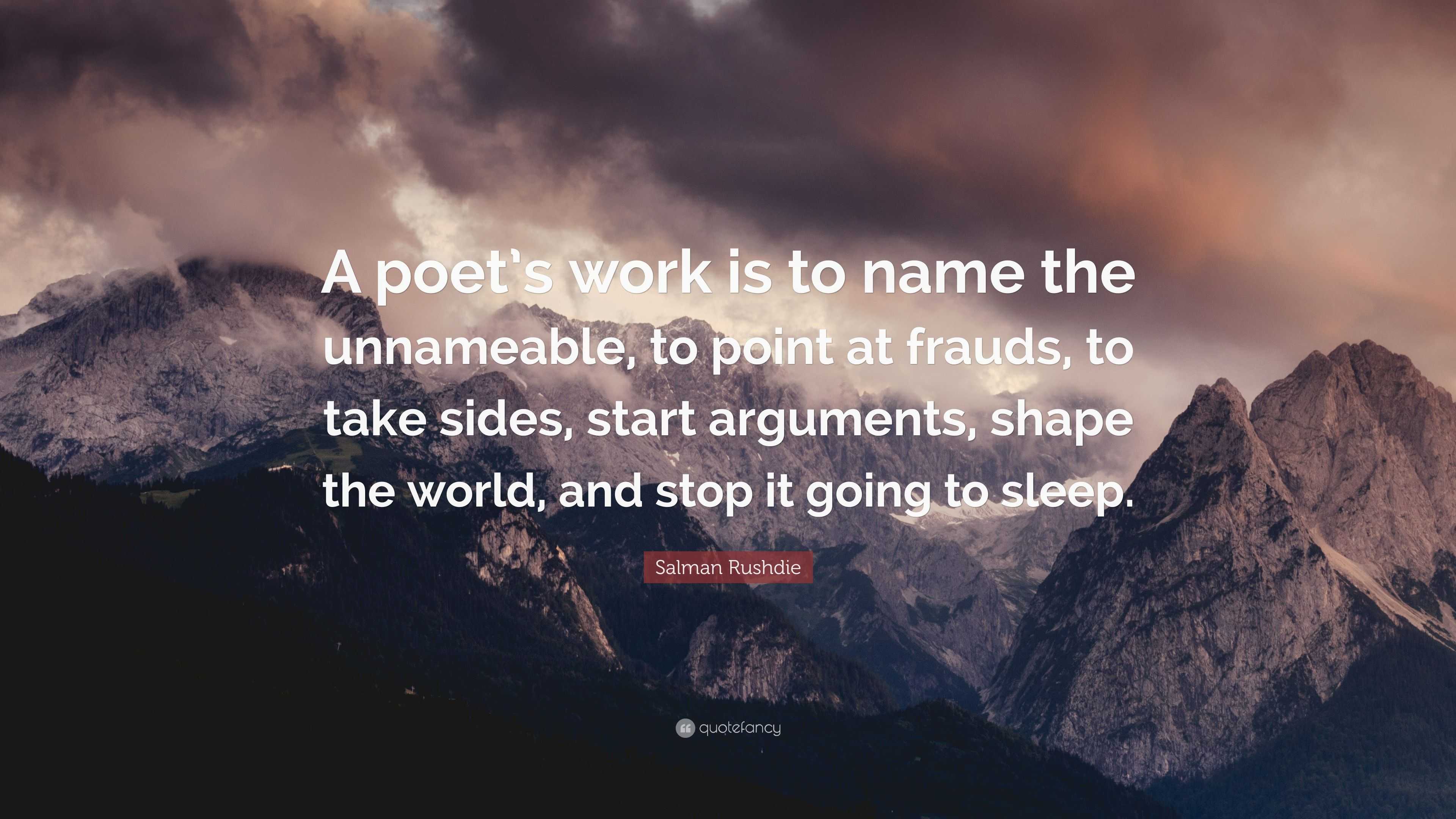 8 Responses to A Mini-Course In Critical Thinking For Writers. Concept 1.2: Notice Where Arguments Start And Stop